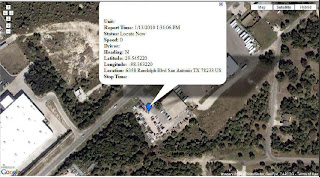 A Universal Toyota customer who owns a 2010 Toyota Corolla had his vehicle go missing on January 13th. MOGO received a phone call from a distressed teenager saying that she took her dad's car that morning (without telling her dad) and had left it at a mall earlier that day and it was missing when she went back to pick it up. After she had the chance to speak with the mall police they had informed her that it possibly was towed away. Once we got the full details of the incident we informed the Universal Toyota customer who immediatly grounded his daughter, and we located the Corolla within 12 minutes from the first conversation with the customers daughter. With MOGO this customer was able to react fast to the missing vehicle and MOGO was able to pinpoint the vehicle within minutes to ease the parents mind that the car was fine and we knew where it was. After all of this, the customer thanked us and informed us that his daughter will now have to work off the $200 towing bill that he received.

Thanks to the team at Red McCombs and Universal Toyota for believing in MOGO and protecting their customers with the latest in recovery and tracking technology.

2010 Toyota Corolla was stolen from a local San Antonio Mall

Recovery Time: 12 Minutes
Posted by MOGOMAN at 1:03 PM No comments:

MOGO received a call from a Sport City Toyota customer at 12:52pm on September 2nd needing help locating his presumably stolen vehicle. The customer stated that he had been home all day and his Mustang was in his driveway. As he was leaving to go to work he went outside and the car was gone. MOGO reacted fast and activated his MOGO device located in his 2008 Mustang and within 26 minutes we were able to locate the vehicle and respond back to the customer. Once MOGO found the exact address of the vehicles location MOGO realized using satellite imagery that it was at a bank repossession lot. MOGO informed the customer of the Mustangs location and he then told us that he had stopped paying for it four months prior, so the location made sense. MOGO wished him luck and marked this one as a stolen car gone REPO.

Thanks to the team at John Eagle and Sports City Toyota for believing in MOGO and Protecting their customers with the latest in recovery and tracking technology.

Recovery Time: 26 Minutes
Posted by MOGOMAN at 12:53 PM No comments: 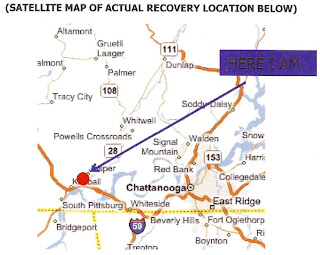 The owner of a 2007 Saturn ION was on vacation in Tennessee visiting family, when his vehicle was stolen. While he was sleeping thieves decided to take his vehicle not knowing that his vehicle was equipped with MOGO. With MOGO's 24/7 Recovery Support Call Center MOGO was able to track and locate the stolen vehicle and get it back in under 2 hours. (NO DAMAGE)

Thanks to the Jasper Tennessee Police Department and Thanks to Saturn of El Cajon and Queens Capital for believing in MOGO and protecting their customers with the latest in recovery and tracking technology.

Vehicle was stolen in Cooksville, Tenn. and Recovered in Jasper, Tenn.

Irving Police Get a TWOFER 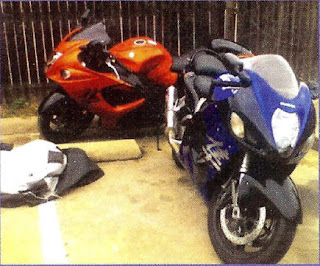 Luckily for the owner of this 2003 Blue Hayabusa when his bike was stolen out of his apartment complex the thieves decided to make it a twofer. The owner of the Orange 2008 Hayabusa equipped his bike with MOGO and he was notified immediately when his bike moved. He then called the police and MOGO and it was recovered in under an hour with no damages. What the police could tell from the way the bikes were placed was that the thieves had lifted them into some type of truck or van and brought them to an apartment complex 20 minutes from the location that they were stolen from to let them "cool off" to see if the police would find them. With MOGO we were able to locate the bike and pin point it's location for the police to retrieve it.
Thanks to the one owner having MOGO and thanks to Arlington Motorsports for believing in protecting their customers with the latest in recovery and tracking technology.
Recovered:September 10, 2008
2008 Hayabusa
Bike was stolen in Ft. Worth, TX and recovered in Irving, TX
Recovery Time: 57 Minutes
Posted by MOGOMAN at 12:16 PM No comments: